After more than a year of deliberation and setbacks, the government has officially confirmed the pensions dashboard will go ahead with the aim of the project reaching its final stages within four years.

The pensions dashboard will allow everyone to access and manage all their private pension arrangements in one place along with their State Pension. Secretary of State for Work and Pensions, Amber Rudd, has positioned the scheme as a key priority for the government – although admits Brexit might cause delays – and anticipates an initial industry dashboard being created this year.

Ms. Rudd said: “Government remains committed to ensuring the individual is in control of their data and is conscious of the need for pace in order to deliver dashboards. Our priority is to ensure that information is presented securely, in a clear and simple format to support consumers with their retirement planning.”

Rudd also confirmed that that the Department for Work and Pensions (DWP) would be bound to include State Pension data in the dashboard as early as possible. 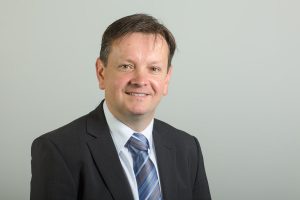 Stuart Price, Partner and Actuary at Quantum Advisory, said: “Despite the hold-ups and disorder, I’ve no doubt, when completed, the dashboard will be a huge success, and we’ll wonder how we managed without it! There are still aspects that need to be agreed upon, including what data and functions will be accessible to all, and what would be add-on extras, but this latest news is another step forward.”

By the end of this year, the government plans to establish a delivery group, managed by the Single Financial Guidance Body (SFGB), which will oversee the digital architecture of the dashboard, and ensure a security framework is developed to protect people’s data. Pension providers will be required to release data on a voluntary basis at the earliest opportunity.

Quantum Advisory specialises in pension and employee benefits services to employers, scheme trustees and members. For more information about your pensions, visit www.quantumadvisory.co.uk.

You may have missed

Simply Gym get physical for National Fitness Day on September 23